Jamaica was crowned champion of the tournament last year beating Trinidad and Tobago by 21 runs.

Legendary former West Indies batsman Brian Lara is expected to be one of the special guests on Sunday at the University of Toronto ground, Scarborough Campus where the Consulate of Trinidad and Tobago will be running off its fourth annual Cricket Classic T20 competition. Lara, who led the Caribbean team during his illustrious career that almost spanned two decades, along with another former West Indies batsman Darren Ganga will appear as Sporting Ambassadors to be part of their country’s 53rd Independence Anniversary.

Earlier Four teams, Trinidad and Tobago, Jamaica, Guyana and Barbados were set to compete but according to Consul General, Dr. Vidhya Tota-Maharaj, Guyana and Barbados will not participate owing to other commitments. Since the one-day tournament was inaugurated in 2012, Guyana featured and emerged champion in 2012 while Barbados have failed to take part on any occasion.

Players representing the aforementioned countries above are currently residing in Canada or plying their trade at the club level on a regular basis. With the presence of the iconic Lara, if confirmed, Tota-Maharaj is expected that his Consulate will have another exciting and entertaining day of cricket and other social activities.

“We [are] still communicating with the Ministry of Sports in Trinidad and Tobago whether Brain will make it but Darren has confirmed to be one of the sporting ambassadors for our country; we are definitely thrilled to have both of them on Sunday,” Tota-Maharaj declared. Lara was phenomenally known for his dashing cricketing style while he still has the distinction of the highest batting record having scored 400 twice after featuring in 131 test matches.

At the same venue in 2014, Ganga, who played 48 tests and 35 one-day internationals, attended and spoke largely of the unity the event has brought since its inception and was indeed delighted to witness the on-field actions. Jamaica was crowned champion last year beating Trinidad and Tobago by 21 runs. With only one match stated for this year, the game is scheduled to commence at 1pm local time. 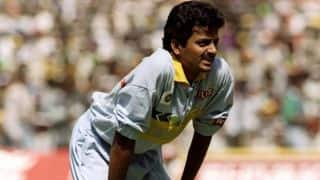