A 30-over one-day game and will take place at the Wormsley Cricket Ground.

West Indian great Brian Lara will take part in a charity cricket match to be played on September 14 which is aimed at raising funds for Rwanda Cricket Stadium Foundation (RCSF).

According to a report published in allafrica.com, Lara will captain a select XI which will include Ashes winning captain Andrew Strauss , former England wicket-keeper Paul Nixon and former England women’s captain Clare Connor.Lara, who is the RCSF patron, said: “I’ve seen the enthusiasm for the game in Rwanda, and there is plenty of natural talent. It’s vital that we support the Rwandan Cricket Association in harnessing that talent as we believe sport can help build the incredible progress the country has made in the last twenty years.”

They will play 30 over one-day game and will take place at the Wormsley Cricket Ground. The funds will go to RCSF , a charity dedicated to construction of first international cricket stadium in Kigali.”The stadium will create a lasting legacy for the game in this wonderful country,” Lara added. Rwanda Cricket Association (RCA) chief Charles Haba said recently: “Rwandan cricket has come a long way since its initiation in 1999. Plenty of milestones have been reached in spite of major infrastructural challenges.”

“Thanks to the Rwanda Cricket Stadium Foundation, the planned national stadium will serve as a springboard for one of the fastest growing team sport in Rwanda to reach a playing audience we could only have dreamed of,” he added. 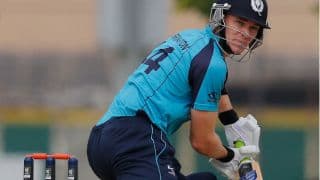