West Indian cricket icon Brian Lara has called upon Shivnarine Chanderpaul, the world's number one batsman, to move up the order for his team's three-Test series with England which begins on Thursday. 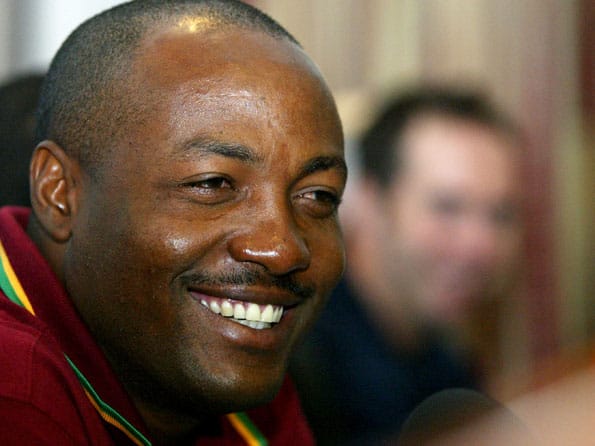 West Indian cricket icon Brian Lara has called upon Shivnarine Chanderpaul, the world’s number one batsman, to move up the order for his team’s three-Test series with England which begins on Thursday.

“It beats me,” Lara said of his fellow left-hander’s reluctance to bat higher.

“If he can be so consistent, why he wouldn’t say, ‘Let me bat with some more experienced, talented players up the order.’ That’s not only going to benefit him but it would help the team.

“Your best batter is going to be at number three — he is the one who is going to lay the foundations to win a match,” added the record-breaking batsman.

“If your best batter is coming in at five, repairing damage, I don’t understand the logic in it.”

The West Indies were reliant on Chanderpaul during their recent 2-0 Test defeat to Australia, although the series was closer than the score suggests.

The obdurate Guyanan made 103 not out in the first Test in Barbados followed by 94 in Trinidad despite coming in four times during the series with three wickets down for less than 100 runs.

The 37-year-old became only the second West Indian to reach 10,000 Test runs when he went to 14 in his side’s second innings in the third and final Test against Australia.

Lara also insisted that the addition of opener Chris Gayle, who remains in the Indian Premier League, “would lend the experience” needed to challenge England in the series which begins at London’s Lord’s venue on Thursday.

Despite the top-order weaknesses, Lara believes the series could be close.

“This team is full of talent,” he stressed to reporters.

“I think it is going to be very tough for them, especially with the weather conditions and the lack of preparation.

“It is a pretty young team but it is one that has something in it that could go forward. I have a funny feeling that we are going to impress you over this summer,” he suggested.

England are top of the ICC Test rankings, while the West Indies — who have won just two of 30 Tests since beating England in Jamaica in 2009 — are down in seventh place.

However, England have lost four out of their last five Tests heading into Thursday’s match, after struggling against Pakistan and Sri Lanka. (AFP)