All the individuals were shattered apart by this incident in such a way that they started to indulge in drugs and alcohol. More so, they left cricket once and for all

Three men who were sexually assaulted by a local coach in 1980’s have spoken about the horror they faced. The shocking incident took place in Queensland and Royal Commission heard about the case from the three men recently. The three individuals – Troy Quagliata, BXI and BXE(pseudonyms) could not speak about the abuse in the young age. They believed they can’t speak because of belonging to a small town. All the individuals had a love for cricket, which completely vanished following the horror they faced. The accused in the case, Robert Ross, was a local cricket coach and selector. And after two decades, all the individuals vented their feelings.

BXI told the commission, “I think the fact that I lived in a small town made it hard to report my abuse. Bob had a good standing in the community for being a great cricketer, tennis player and coach. If I spoke up it would have been my word against his.” This was followed by Quagliata, who told,” The town is so small everyone knows each other … I didn’t want anyone trashing my name or any backlash on my family, so I didn’t tell anyone.”

All the individuals were shattered apart by this incident in such a way that they started to indulge in drugs and alcohol. More so, they left cricket once and for all, as it made them remember the horror they went through. And while finally after two decades they gave statements to police, which amounted up to 54 charges, it ended for nothing as Ross took his own life before facing trial.

Hoping to create a legacy for future, BXI said,”I want my story to be heard by someone of substance — I want to be a voice for people who can’t speak. Australians need to be aware of the lack of counselling services available in regional areas and the difficulties experienced by survivors. If I can save one kid from a predator through this or someone else’s life because they couldn’t talk to anyone, then that is a legacy I would like to leave.”

The treasurer of the Queensland club, BXM was asked regading the case,””The president told me that there was a rumour that a past member of the club was made aware that there had been abuse committed by Rob.”

“Is it fair to say that the management committee really didn’t know how to handle these allegations at that time?” Ms Sharp asked. BXM answered: “We didn’t have any experience in these type of matters, no.”

Speaking for the victims, Nathan Turner asked BXM and the Queensland Cricket chief James Holding,”If a cricket mother or father approached you today and said ‘I’m thinking of registering my six or seven-year-old to play next cricket season, but I’m worried about leaving him in the care of people I don’t know’, would you be confident that you could reply to that mother that as a club, we’re doing everything we can to protect your child?”

To which, BMX said,”I think you can always do more”. James Holding said: “The parents need to be told to go and speak to the club, because I can’t sit there and guarantee that every club in Queensland has those policies in place.”

Following getting aware of the horror event, Holding said,”I think you always get a little bit complacent that you get things all worked out, that’s easy. Then I think something like this happens and then you feel as though you let people down, and then I think moving on, we have to make sure that we do respond as a sport better.”

James Holding though, said, he had no idea regarding the case until July 2015. “I got a phone call from my CEO to say he had been served with a notice to produce documents from the royal commission, and that notice was in relation to events that occurred at a cricket club in north Queensland, and that’s how I became known to that,” he said. 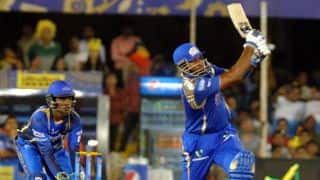 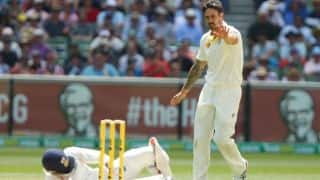