Shardul Thakur said that he was up for the opportunity. He recalled advice from head coach Ravi Shastri at the start of the tour. 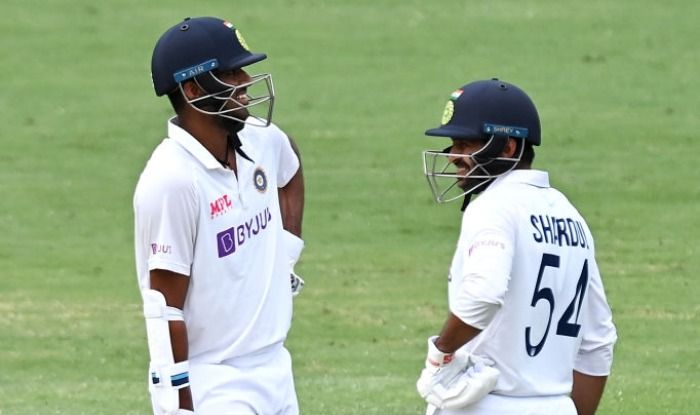 India lower-order batsman Shardul Thakur impressed everyone with his fighting 67-run knock against Australia on Day 3 of the fourth and final Test at the Gabba. Shardul shared a crucial 123-run stand with Washington Sundar (62) for the seventh wicket to pull India back into the game.

Shardul and Washington’s fifties helped India to put 336 on the scoreboard in reply to Australia’s first innings score of 369, thus conceding a small 33-run lead.

The Mumbaikar said while batting he was very much focussed with the job and ignored the sledging by the Australian players.

“They were trying to have a conversation with me but I wasn’t answering them. Once or twice I answered them in one word but they were sort of normal questions. Even if they tried to sledge me, I just ignored it and kept on playing,” said Thakur after making 67 in the first-innings.

Shardul and Sundar took charge of the Indian innings at a very crucial stage when India were six down for 186. The duo decided to take the responsibility on their shoulder to revive India chances in their game and played sensible knocks.

Shardul revealed his and Sundar’s plan to take on the Australian bowlers who were tiring out.

“We weren’t looking at the scoreboard. The idea was to spend some time there. We knew that their bowlers were tiring and we thought it was a matter of one hour. So if we hung in there for one more hour then probably we would be on top. So it was really important for us to hang in there, score off all the loose deliveries,” said Thakur while speaking to the media after the end of the day’s play.

Shardul further talked about Sundar and he calmed each other down whenever one of them played a rash shot.

“When we were playing in the middle and one of us played a rash shot then the other would just go up and tell the other, ‘okay you are losing focus. Get back to normal and do your basics’,” said Thakur.

“Whenever there was break, drinks or tea we would communicate that let us slow down the game. The break is about to happen. Those were small little conversations we had.”

“When we were new, we were trying to defend a lot. As our partnership grew, we started playing shots. We knew that there is some true bounce here at the Gabba. If bowler errs on his line and length, we can put those loose deliveries away. We waited for our chance. Whenever there was a loose delivery we tried to put it away for four or take twos and threes hitting in outfield,” he added.

The 29-year-old said that he was up for the opportunity. He recalled an advice from head coach Ravi Shastri at the start of the tour.

“When I walked in, the situation was difficult. I won’t deny that. They were on top at that time. The crowd was cheering for Australian bowlers. But I remember our coach Ravi Shastri saying something right at the start of the ODI series. He said, if you perform in this series you will be rewarded and people will love you for your performances. That one thing was also on your mind. If I perform here, people will love me and help my team.”

At stumps, Australia extended their lead to 54 runs with 21/0 on the scoreboard in second innings. 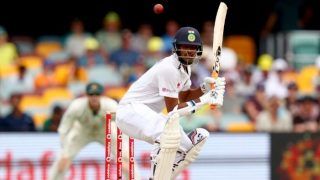