Steve Smith's team reclaimed the Ashes after bowling England out for an innings and 41-run victory in the third Test in Perth yesterday.

Sydney: A 5-0 series whitewash and the playing futures of England veterans Alastair Cook and Stuart Broad were focal among Australia’s reaction to winning back the Ashes. Steve Smith‘s team reclaimed the Ashes after bowling England out for an innings and 41-run victory in the third Test in Perth yesterday.

The Australians now look to sweeping the five-Test series with victories in the final two Tests in Melbourne starting on Boxing Day and in Sydney early in the new year.

“Cricket is getting shorter, and not just in the ways intended. It has taken Australia 15 days to regain the Ashes that they lost in 14 days just over two years ago,” The Australian’s Gideon Haigh wrote.

“Kudos to the Australians. They have played substantially the better cricket for significantly longer phases, and again yesterday, with Mitchell Starc, Patrick Cummins and especially Josh Hazlewood at their marauding best.”

Haigh added: “But 3-0 so soon? It leaves the summer’s showpiece Tests, Boxing Day in Melbourne and New Year’s in Sydney with no bearing on the series.”

Catherine McGregor, writing for the Australian Broadcasting Corporation, noted: “England has been comprehensively routed. There are no easy or obvious answers to their problems — which now appear to include cascading mental disintegration.

“Another whitewash looms. Their batting and bowling are both deficient. Alastair Cook is now entering the twilight of his career.” Former cricketer Brett Geeves described the tourists as “putrid”.

“England have been putrid. But it’s not just against Australia they’ve been poor. They’ve actually lost their last seven away Test matches in a row, with three of those losses coming by way of an innings defeat,” Geeves wrote for Fox Sports.

“Broad hasn’t taken a wicket for 140 overs. This is England’s enforcer. Their lead intimidator for air speed and aggression.”

The Courier Mail’s Robert Craddock said the true gauge of Australia’s abilities will be when they face South Africa early next year.

“For all of Australia’s dominance in this series, the true measure of their worth as an emerging cricket team will be how they measure up in the four-Test series in South Africa in March,” he said.

“The victorious Ashes campaign has confirmed a lot of the things suspected about this constantly remodelled Australian team.

“That their fast bowling group truly are special. That Nathan Lyon is that rare breed of off-spinner who can win a match.

“That Steve Smith is a cut above the rest. It’s remarkable what one brilliant player is capable of.”

The Age’s Greg Baum added that “Australia can be well pleased with this Ashes reclamation, for it was at a level more of a triumph than their previous two successes. They are not yet a great team, but they have done a great thing.” 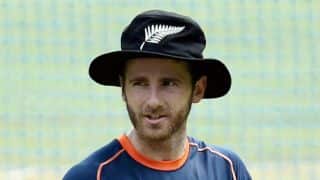 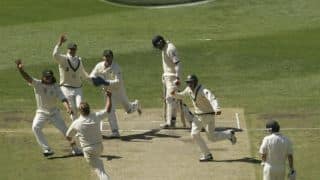