The BCCI has written to Asian Cricket Council (ACC) stating that the selection matters related to Indian cricket team are its sole prerogative.

The BCCI has written to Asian Cricket Council (ACC) stating that the selection matters related to Indian cricket team are its sole prerogative and neither ACC nor any broadcaster will have a say in such matters.

The rebuke came after the official broadcasters of the Asia Cup 2018, Star, told ACC it was unhappy with the absence of India captain Virat Kohli for the tournament as he was rested after the grueling tour of England.

Star wrote a letter to ACC, the organisers of the Asia Cup, stating that the implicit clauses in the eight-year agreement has not been honoured. Each team was expected to field its best side and with the absence of Kohli, arguably the biggest superstar of world cricket, the tournament has lost a bit of its sheen, the broadcaster is learnt to have pointed out.

“In our view, the announcement of the absence of one of world’s best batsmen from the Asia Cup, only 15 days before the commencement of the Asia Cup, is a severe dent to us (event broadcaster) and will severely impact our ability to monetise and generate revenue for the tournament,” Star reportedly wrote in an email to ACC.

“It is not open for ACC or its broadcaster to insist on selection of any particular player and/or to question the expertise of any selection committee as to which is the best available team for particular tournament,” Johri wrote. 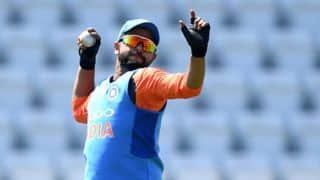