She has filed a police complaint against her brothers for threatening to shoot her dead if she continues to play cricket.

In a time when women s cricket is finally catching up with its male counterpart, there are incidents that leave us with questions: what is the Indian society headed for? In an interview with CricketCountry, Mamatha Maben told how budding cricketers are keen to take up cricket after India Women s remarkable campaign in the World Cup earlier this year. Veda Krishnamurthy told us how happy she is about people recognising her on the streets and asking for selfies.

However, all that has not been possible without fighting the odds. Veda had to stay away from her parents to achieve her goals. Vanitha VR, a rebel to the core, stuck to her decision to pursue cricket despite having siblings who excelled in academics. Young Devika Vaidya had masqueraded as a boy just to practice with the boys in her locality. Almost two decades before that, Mamatha was running the show at home as her parents became dependent on her.

The Sonepat incident: A 22-year-old girl from Devru Village in Sonepat District, Haryana has filed a police complaint against her brothers. They have threatened to shoot her dead if she continues to play cricket and go to college, as reported by The Hindustan Times. The elder brother works with the state Home Guards while the younger is a BA first year student.

The girl liked playing cricket in her college. She was a BA second year student. Not only did the brothers stop her from playing the same, they also pulled her out of academics against her will. She has not received desired support from her school either.

What does the girl say? They beat me whenever I express my desire to study and play cricket. My younger brother threatens to shoot me dead if I join college again.

What did she do? Based on the complaint received, the police have booked her brothers under sections 506 (criminal intimidation) and 34 (crime committed with common intention) of the Indian Penal Code.

What does the law say? She had come to us with a complaint on Sunday, following which we had verbally warned her brothers to let her study and play cricket. When she complained again two days later of the same behaviour, we registered a criminal case against her brothers, said Sonepat Police Station in-charge Dalvir Dangi. 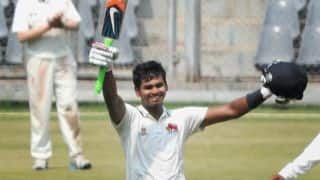 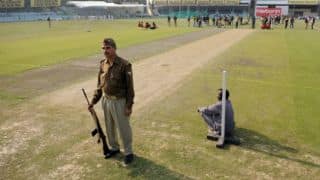