Buttler gained 15 slots to reach the 32nd position in the batsmen s list and 584 rating points, while Bumrah moved to 487 points while retaining the 37th position.

Indian captain Virat Kohli continues to lead the Test list for batsmen with 937 rating points. The Indian captain scored 41 and 58 in the fourth Test, increasing his overall tally to 544 runs with one Test to go.

As England beat India by 60 runs in Southampton on Sunday to clinch the series, Buttler played a vital hand in the second innings to give his side a competitive total to defend. Buttler also scored a century in the previous Test that England lost.

Bumrah continued his impressive showing in a losing cause at the Ageas Bowl. Following his five-wicket-haul at Trent Bridge, the 23-year-old bowler picked up 3/46 in the first innings and 1/51 in the second at Southampton. In the first innings, Bumrah also supported Cheteshwar Pujara with the bat as India attained a 27-run lead. For his 15th Test century and first in England, India s No.3 held on to the sixth place in the ratings for batsmen.

Another positive for India was the rise of fast bowler Mohammed Shami, who has re-entered the top 20. His six wickets in the Test propelled him three places from 22nd to 19th in the list.

Moeen Ali and Sam Curran have also benefitted from their stupendous show. For his match haul of nine wickets has jumped his three places to be positioned 33rd. Ali, who grabbed five for 63 and four for 71 in the two innings, has gained 66 points to reach 543 points in bowling, while also gaining one slot to reach seventh place among all-rounders.

Curran, 20, has moved up 29 places to 43rd position among batsmen for producing crucial knocks of 78 and 46 in just his fourth Test. He has also has also gained 11 places to reach 55th place in the bowlers list and 15th position among all-rounders after gaining 27 slots. 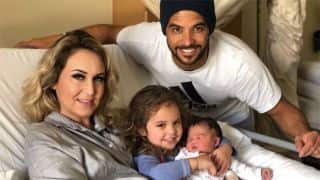