DRS is already being used in international T20s as per ICC's revised playing conditions that came into effect last year.

DRS came in use in T20Is in 2017. It now looks looks like Cricket Australia (CA) are in no hurry to implement it in Big Bash League irrespective of gender. Talks of DRS came in the wake of a controversial Chris Lynn dismissal off Rashid Khan in a match between Adelaide Strikers and Brisbane Heat December 31. A CA spokesperson suggested that the use of technologies lead to unprecedented delays, and hence may not include it in its domestic leagues: “The number one priority with the BBL and WBBL is to present a compact format that entertains from start to finish. There would need to be a compelling reason to implement anything that counters that objective and at this stage, we feel that DRS would open up the potential for delay, with the review process as it stands.”

Mark Waugh questioned Lynn’s dismissal, stating that the bat might have hit the ground. Waugh said, “If you can do it quickly, yes. Give them 30 seconds, maybe. One look at a Hot Spot would clarify that pretty quickly, wouldn’t it? It’s not to be. Chris Lynn had to cop it. He did accept it.”

DRS is already being used in international T20s as per ICC’s revised playing conditions that came into effect last year. 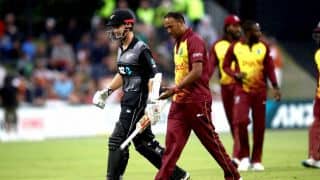