The CAB also decided to bring all the state women cricketers under medical insurance scheme and start a local tournament.

Kolkata: The Cricket Association of Bengal (CAB) will form a task force to strengthen women’s cricket at grassroots level besides including them in its vision camp. The CAB also decided to bring all the state women cricketers under medical insurance scheme and start a local tournament for 7-10 days window among others. The primary job of the task force would be to chalk out plans that are practical and can be implemented from the upcoming season itself. “Also, it would meet periodically to take stock of the situation and suggest modifications to plans as and when required,” CAB joint secretary Avishek Dalmiya said after a meeting with India woman pacer Jhulan Goswami and vice- president Shankar Nath Bagchi. Sourav Ganguly: Bengal won t release Pragyan Ojha

“It was a very positive meeting with Goswami. We are much thankful to her for coming forward and offering her suggestions which we believe would be helpful for taking women’s cricket forward in the state,” said Dalmiya. It was Jhulan Goswami who had offered suggestions to the then Jagmohan Dalmiya and Anurag Thakur regime in 2015 for development of women’s cricket in the country and those included starting an additional tournament for Under-16 and introducing player’s contracts etc. The BCCI had then showed a lot of seriousness by not only implementing those but also made a series of other initiatives like sending the team for more foreign tours. Pragyan Ojha likely to get clearance from CAB to play for Hyderabad

Letters were also today sent out to 18 women cricketers of the state who have represented the country, informing them that they would be given honorary membership of CAB. The list includes several current Bengal cricketers playing for the country such as Jhulan, Priyanka Roy among others. “It is a honour and privilege for the association to offer them honorary membership considering their immense contribution to the game at the highest levels,” Dalmiya said. Bangladesh vs Australia, 2nd Test: David Warner reckons any chance to raise your bat for country is an achievement 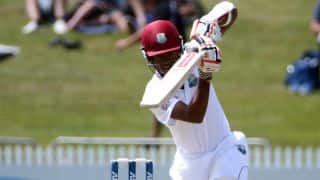