It was Bancroft's first fifty since he made 82 not out on debut against England in Brisbane in November.

Cameron Bancroft hit a half-century as Australia  strengthened their grip on the third day of the first Test against South Africa at Kingsmead on Saturday. Bancroft hit 53 as Australia reached 112 for three at lunch, a commanding overall lead of 301. It was Bancroft’s first fifty since he made 82 not out on debut against England in Brisbane in November.

He was struck on the body by a hostile lifting delivery from Morne Morkel in a testing first over when Australia started their second innings with a comfortable cushion of a 189-run first-innings lead.

But David Warner and Bancroft quickly put the pressure on the South African bowlers with aggressive batting, putting on 56 for the first wicket in 13 overs before Warner pulled Kagiso Rabada to mid-on after making 28.

Left-arm spinner Keshav Maharaj, who conceded 20 runs in his first two overs as the opening batsmen went on the attack, claimed the second wicket when Usman Khawaja gloved an attempted reverse sweep to be caught behind by Quinton de Kock for six.

Bancroft continued to play positively before being stumped off Maharaj in the last over before lunch, going down the wicket and being beaten by Maharaj’s spin. He made 53 off 83 balls with 10 fours. 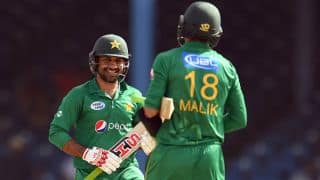 PSL 2018, Multan Sultans vs Quetta Gladiators, Match 13, Live Streaming, Live Coverage on TV: When and Where to Watch 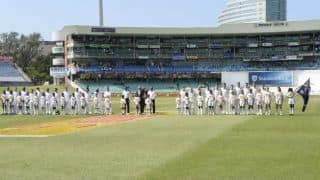