Having brushed aside the disappointment of IPL 2018, Karnataka and India A batsman Mayank Agarwal is back among the runs. After becoming the Indian batsman with most runs in a domestic season with a mind-boggling tally of 2141 runs with eight centuries and nine fifties during the 2017-18 season, Agarwal has once again hit purple patch.

Since June, he has notched up three List A centuries for India A, playing a pivotal role in the side’s success in England. And if that wasn’t enough, he once again stamped his authority with a sublime double century against South Africa A on Sunday in the ongoing Test in Bengaluru.

That being said, Agarwal is aware that this is just the beginning and that he needs to score big and constantly rather than dwelling upon the success of last season. Speaking to Mid-day, Agarwal said he was happy taking one step at a time towards his goal of playing for the Indian team.

“I am very happy with the way the season has begun and the way I am batting. But you cannot start the new season thinking that you have scored more than 2000 runs last season. Yes, you are confident that you have scored that many runs and you take that confidence into the new season, but you cannot take things for granted and you have to work your way up all over again,” he said.

Agarwal’s stellar run last season put him in close contention for a berth in the Indian national setup. He seemed likely to be given a spot in the Indian squad for the T20 series against Sri Lanka earlier this year, but despite having ticked all boxes, Agarwal did not make the cut. The only silver lining was that he had earned BCCI chief selector MSK Prasad’s trust.

“As a batsman, you have to be persistent and there will be times when you will be get runs. So, it’s all about making those occasions count, using the form and confidence you have. I am batting well and want to keep doing that, ” Agarwal said. “You play so many games, the important thing is to stay in the present. We are playing this and then we play the quadrangular. It’s all about focusing on the present.” 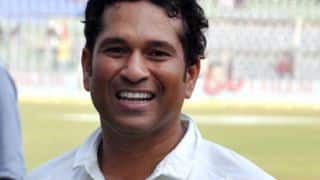