Can't be Complacent, Have to Give Bowlers a Good Target to Defend: Veda Krishnamurthy

Can't be Complacent, Have to Give Bowlers a Good Target to Defend: Veda Krishnamurthy

Krishnamurthy felt India needs to have a decent score on the board and not be too ambitious with the strokeplay. After a well-fought win against hosts and reigning champions Australia to get their campaign off to a good start, Harmanpreet Kaur-led India will have to be measured in their approach and avoid complacency when they take on Bangladesh at WACA, Perth in a Group A ICC Women’s T20 World Cup match said middle-order batswoman Veda Krishnamurthy on the eve of the match.

“We can’t be complacent with the victory (against Australia). We have to let go of those emotions now and focus on repeating all the good things we did,” said Krishnamurthy in a pre-match press conference on Sunday.

Krishnamurthy felt India needs to have a decent score on the board and not be too ambitious with the strokeplay.

“We want to make sure we have enough of a score for our bowlers to defend. At the same time, we can’t be too ambitious with our strokes or risk being run short but we need to make sure we get enough runs on board,” said the 27-year-old.

Lavishing praise on the bowlers, she reckoned had India scored 15 runs less the result could have been different.

“Our bowling attack is doing really well. It’s all about giving them that extra cushioning. If we had finished 15 runs shorter on Friday (against Australia), it would have been a lot more difficult for us.”

India was restricted to 132/4 by Australia in the first match but Poonam’s extraordinary four-wicket haul helped them take the advantage. Krishnamurthy said that India would want to ensure the bowlers have a better total to defend.

Bangladesh has defeated India in the group stage and final of the 2018 Asia Cup T20. The Kaur-led side will be looking to put their recent history in big tournaments against Bangladesh behind them. 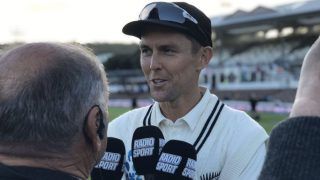 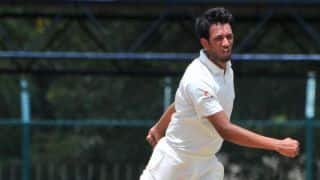