Schutt went wicketless for 35 runs in the tournament opener on February 21 including a 16-run first over and believes she is better suited to not bowling within the Powerplay. 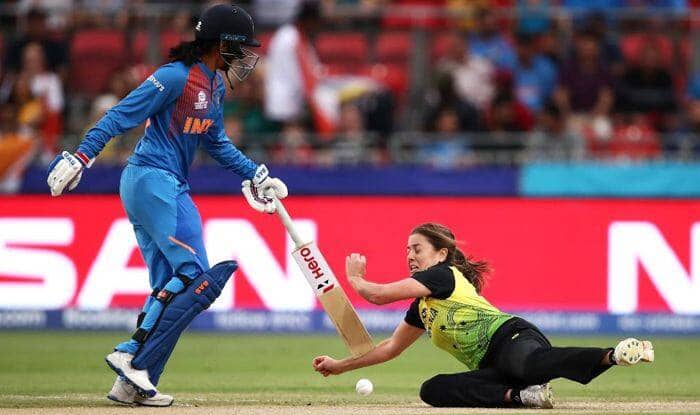 Australia’s Megan Schutt is aware of the danger India‘s strong batting line-up possesses and has doesn’t want skipper Meg Lanning to bowl against opener Shafali Verma and Smriti Mandhana when the two teams clash in the final of the Women’s T20 World Cup on Sunday.

Verma has been in hot form for India women, scoring 161 runs in four innings. Her knock of 46 against Sri Lanka and 47 against New Zealand ensured India reached the knockouts of the tournament. On Wednesday, Verma jumped a mind-boggling 19 places to secure the No. 1 spot in the ICC batting rankings for women, becoming the youngest-ever to do so and has been rewarded for some stunning batting that has seen her compile 485 runs from 18 games at an average of 28.42 with two half-centuries.

Schutt went wicketless for 35 runs in the tournament opener on February 21 including a 16-run first over and believes she is better suited to not bowling within the Powerplay.

“I just hate playing India – they’ve got the wood over me. Smriti and Verma have got me covered. That six Shafali hit me for in the tri-series was probably the biggest one I’ve ever been hit for,” Schutt told ICC.

Schutt has been at the receiving end of the stick when it comes to India. Her usual T20I economy rate of 5.98 shoots up to 6.93 against India and the strike escalates to 24.66, compared to 15.68. Lately, the two teams have squared up against each other frequently twice in the T20I tri-series and the WC Opener and Schutt says the bowlers will rework on their strategies to be better equipped against their opponents on Sunday.

“There are obviously some plans we’re going to revisit as bowlers. Clearly, I’m not the best match-up to those two in the Powerplay. They find me quite easy to play,” she said.

“We’re at that final we’ve been talking about for so long and against India, which is super fitting considering the tri-series we had. It couldn’t really be a bigger challenge for us. It’s not really a bad thing, it’s good we’re going up against a team we’ve played a lot recently and it’s the same for them as well.”

Despite taking a pasting, Schutt would take heart from her outing against South Africa women in the semifinal on Thursday, where she returned 2/17 as Australia defended 134 by five runs in a rain-affected game. Emotions were high as players from both sides were seen tearing up, of course for different reasons.

“I got off the field and Pez had tears in her eyes and that made me immediately tear up,” Schutt said. “You just don’t see that emotion from Pez. For her, number one, to show the pain against New Zealand meant there was a serious injury there, she doesn’t normally show her pain. To come off the field and see the pure joy in her eyes, the tears as well, I could have cried in that moment and it shows the team character she is.” 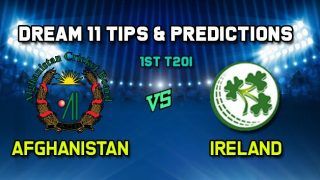