Catch the live streaming of match 11 at Sharjah between Capricorn Commanders and Libra Legends on sonysix.com.

Capricorn Commanders take on Libra Legends in Match 10 of the 2016 Masters Champions League (MCL) at the Sharjah Cricket Association Stadium on Friday. The Commanders are placed fifth in the table, as they have played three games and have managed to win just a single game, followed by a couple of losses, as they have a couple of points along with a strike rate of -0.550. While the Legends are placed at the bottom of the table in sixth spot, having played three games and having lost all of them, as they are yet to achieve a point and posses a run rate of -2.433. LIVE CRICKET UPDATES: Capricorn Commanders vs Libra Legends, Match 11 at Sharjah

Catch the live streaming of match 11 at Sharjah between Capricorn Commanders and Libra Legends on sonysix.com, and the live telecast of the match on Sony Six and Sony Six HD.

Live Streaming is a world famous concept in today’s modern world owing to it’s ability to stream live matches online. A sporting fan can enjoy the live action of his favcourite sport on the go, at anytime and anywhere, online on their gadget with a good interent connection. Owing to it’s vast polulatrity in such a short span, the official brodacasters have been forced to launch their official streaming services, that could either be paid or free version. However, many illegal sites now a days have come up, offering streaming services. Nevertheless, the viewers should bar themselves from logging on to such sites as they could be malisious sites affected with dangerous malwares that could either harm you gadget and/or steal your personal informations. 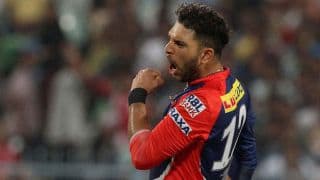