Jennings hit 80 off 116 balls with 14 fours and a six, and fast bowler Tom Curran an unbeaten 77 off 90 balls, in the tourists’ 314 for nine declared on the opening day of the game.

But Moeen missed out on a good opportunity to bat himself into form ahead of Thursday’s third Ashes Test against Australia in Perth, scoring 24 from 35 balls before he was caught behind in the second over after lunch.

Gary Ballance didn’t help his chances of a Test recall with just one before he edged a drive to gully.

Playing as captain, Moeen is the only member of the England XI to have played in the Ashes and won’t bowl in the tour match as he recovers from a split finger he suffered in the first Test at the Gabba. 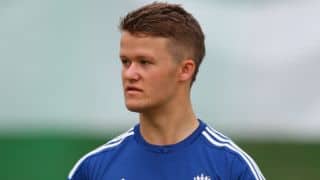 Ben Duckett suspended for tour match due to bar incident