Carl Hopkinson has been appointed England fielding coach. He succeeds Chris Taylor who was appointed as fielding coach in 2014. On December 2017, Taylor rejoined Surrey as fielding consultant. Since, the position has been vacant. Hopkinson made his one-day debut for Sussex in 2001. After the end of the 2009 domestic season, Hopkinson spent the last seven years on the coaching staff at Hove, specialising in fielding.

Hopkinson was honoured to be handed over this opportunity. David Parsons, ECB s Performance Director, welcomed Hopkinson in the England camp:

Hopkinson on his appointment: I’m honoured to have been given this fantastic opportunity to not only develop the fielding of English cricketers within the ECB pathway, but to also work closely with counties to help improve the overall standard of fielding throughout the country. I’d like to thank Sussex Cricket for their years of support both as a player and a coach. The development opportunities given to me by the club have been outstanding and have allowed me to take this next step in my career, as quoted by ESPNcricinfo.com

David Parson welcomes Hopkinson: Carl is a perfect fit for that, given his extensive experience of the county game, and the respect he has gained through his work with Sussex. He is an excellent coach, is passionate and committed about fielding, and has developed an outstanding technical knowledge. I am confident that his appointment will be welcomed by players and counties alike. 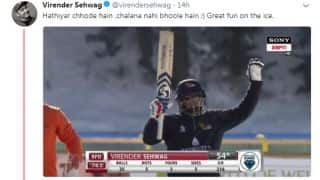