Braithwaite and Denly have come in as replacement for Sam Billings and Jason Roy who are included in the England ODI squad against Australia, whereas Bresnan is in the Schorhers side replacing David Willy who is also included in the squad.

Sydney Sixers, who are still to register a win in the Big Bash League 2017-18 (BBL), have to wiln all the games to make it to the qualifiers. Dom Remond Sixers general manager has mentioned Braithwaite as the wow factor.

“We are very excited to have Carlos join the Sixers family,” said Remond.

“He is a world class T20 player and a fabulous entertainer. We are looking forward to him adding the wow factor for our Members and fans at the SCG for the Sydney Smash.”

Braithwaite will join the Sixers after the New Zealand tour, and will be available for their match against the Sydney Thunder at the SCG on Saturday, 13 January.

Denly has played five T20I matches for England and 162 T20s at the domestic level. He was the highest run-scorer in domestic competition with a highest score of 127 in the year 2017. He has also scored 1,800 runs in every level of County cricket. He was awarded the Kent Player of the Year and Batsman of the Year.

“Joe has enjoyed a great past two T20 competitions as a leading run scorer in the English domestic competition and more recently a successful season in the Bangladesh league,” said Greg Shipperd.

“We will be looking forward to his introduction as one of our top order batsman who can also bowl leg spin. Joe also a strong reputation as a fieldsman and last season played here in Sydney so he understands our conditions and we wish him every success as we search for a strong finish in our remaining matches.”

Talking about Bresnan s return to the squad coach Justin Langer said everyone is excited about him returning.

Tim is a great professional

“The trend of the Scorchers getting players back who have been with us before has worked well in the past,” Langer said.

“Tim was with us last year he’s a great professional and an outstanding bloke, when I told the players everyone was really excited because he’s the consummate team man.”

Scorchers are at the third place currently winning four out of their five matches. They play Melbourne Renegades on January 8, Monday. 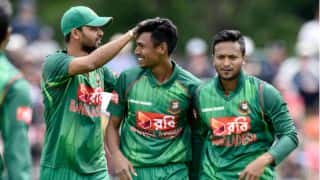 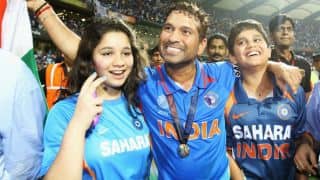