Priyadarshi is an Indian Police Service (IPS) officer at present posted as Superintendent of Police (Anti-Corruption) with the Central Bureau of Investigation (CBI). The court said that Priyadarshi can have a team of investigators of his choice to assist him in conducting the investigations. Priyadarshi will be discharging his new responsibility besides his duties as Superintendent of Police (Anti-Corruption) with the CBI. Sri Lanka defends interim body after ICC threat

The Supreme Court constituted the Justice Lodha Commission to make administrative reforms in the BCCI, and asked the commission to look into the activities of Raman in the entire matter. Erstwhile BCCI president and incumbent International Cricket Council (ICC) chairman N. Srinivasan is also being probed by the panel for his role in the scam and is awaiting the verdict on his conduct as the BCCI president during the scandal. 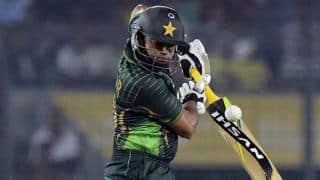 Pakistan tour of Bangladesh 2015: Azhar Ali will be under pressure says Zaheer Abbas