England's batting star Kevin Pietersen on Sunday said the difference between the first Test in Ahmedabad, where he flopped, and the second at the Wankhede Stadium here, which was witness to his monumental knock of 186, was his outlook towards defence. 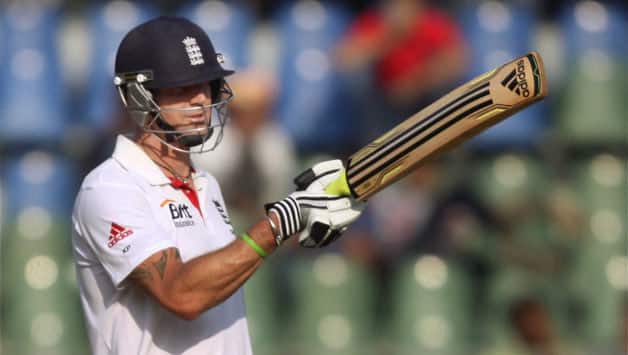 England‘s batting star Kevin Pietersen on Sunday said the difference between the first Test in Ahmedabad, where he flopped, and the second at the Wankhede Stadium in Mumbai, which was witness to his monumental knock of 186, was his outlook towards defence.

“I wasn’t playing well at all in Ahmedabad. I didn’t trust my defence as much as I have trusted my defense coming into this Test match. As a batter, if you don’t trust your defence as much, you try too many things.

“You try and force the issue. So I went and did a lot of hard work as I always do and luckily it paid off,” said Pietersen who helped England amass 413 in reply to the hosts’ 327.

“I like to keep things simple. I didn’t trust my defence, I just didn’t go into that fixture with the right defence. I don’t think the preparation leading into the Test match, tested my defence enough,” he said, adding, “It is just about doing things simple. Doing the basics right, trusting your defence, and I did that in this innings.”

Pietersen said his 22nd century that has brought him level with Walter Hammond, Colin Cowdrey, Geoff Boycott and skipper Alastair Cook, would be more cherished if the team wins tomorrow.

“It (Century) would mean a lot more if we win tomorrow.

With Cookie, going to number 22 (first), which nobody has gone past. He said to me, when he got five to go, you are there as well. It was a special moment. Chef (Cook) was magnificent and it was good to be on top of the list with Chef,” he said.

He described the Wankhede wicket, on which 15 wickets fell during the third day, as a difficult one.

“It was a pretty difficult wicket. You knew at some stage, a ball will get your name on it. To get some runs was satisfying,” he remarked.

Pietersen was also all praise for his team’s spinners — Graeme Swann and Monty Panesar, saying the duo varied their pace.

“I haven’t faced our spinners but I know that they bowled different paces. Graeme Swann is one of the two (best) off-spinners. Him and Saeed Ajmal (Pakistan) are incredible off-spin bowlers. His numbers prove that.

“Monty has always done a great job for us. He has got 10 in the game and hasn’t finished yet. He bowls a very good pace. You know when you are going to face him in the nets, he bowls a magnificent pace in the nets. He is quite hard to play when it goes.”

Pietersen said he did not know with what mindset the Indian team had come here after winning the Ahmedabad match.

Pietersen, who used the slog sweep to good effect against the Indian spinners, said the particular shot upsets the bowlers’ length.

“As long as you play well and pick the right ball it is good. If you play it sixth or seventh ball like I did in Ahmedabad, you look like a clown,” he said, referring to the way he was bowled round the legs by Pragyan Ojha in the opening game of the series.