The 41-year-old will link up with Ireland next month and remain with the squad until the end of the tournament, which runs from March 8 to April 3.

Former Sri Lanka bowler Chaminda Vaas is to help Ireland prepare for the ICC World Twenty20 tournament in India as a consultant bowling coach, Cricket Ireland announced on Thursday. The 41-year-old will link up with Ireland next month and remain with the squad until the end of the tournament, which runs from March 8 to April 3. “I’m very excited to be joining the backroom staff of the Ireland team,” Vaas said in a Cricket Ireland press release. “There’s a lot of talent and experience in the squad which I’m confident I can add to.” Left-armer Vaas took a total of 755 wickets in his 111 Tests and 322 one-day internationals and boasts the best figures by any bowler in limited-overs internationals — 8-19 against Zimbabwe in December 2001. READ: Chaminda Vaas: India s rebuilding process is on right track under Virat Kohli

Since retiring he has worked as a bowling consultant for New Zealand and Sri Lanka, as well as coaching in the Indian Premier League. “It’s great to have Chaminda with us through the build-up as well as during the T20 World Cup,” said Ireland head coach John Bracewell. “His ability to get wickets in all forms of the game, especially on the sub-continent, was extraordinary. This experience will be invaluable to our bowling group.” Ireland will face Bangladesh, Oman and The Netherlands in the first round of the ICC World Twenty20.

Chaminda Vaas had successful ICC World T20 run as bowling coach for Sri Lanka as during his coaching the team won their only ICC World T20 title in the year 2014. 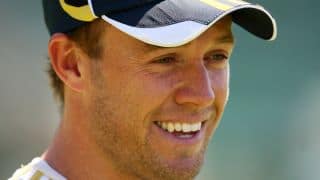 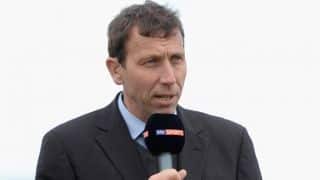