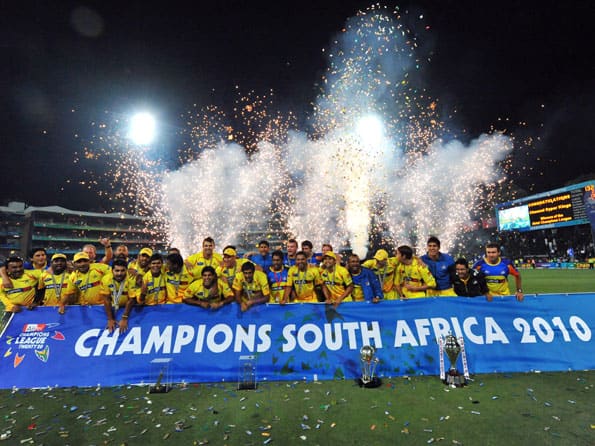 A record 13 teams will be vying for top honours in the Champions League Twenty20 which will be held across three cities Chennai, Kolkata and Bangalore from September 23 to October 9.

Apart from seven top T20 teams who have automatically qualified for the main round, there are six other teams who will be engaged in a qualifier from which the top three will qualify.

The six-team qualifier that will be held in Hyderabad from September 19-21 features Kolkata Knight Riders who have been invited to play by virtue of finishing fourth in the IPL.

Apart from KKR, there will be New Zealand T20 champions Auckland Aces, West Indies T20 champions Trinidad and Tobago, along with two County teams from England and a team from Sri Lanka.

The teams are divided in to two groups. Group A consists of Chennai Super Kings, Cape Cobras, NSW Blues and Mumbai Indians, while Group B has Royal Challengers Bangalore and Warriors of South Africa, Big Bash winners South Australian Redbacks.

Group A will see Chennai with Cape Cobras facing New South Wales Blues in the first match, followed by the match between Chennai Super Kings and Mumbai Indians.

The fifth team will be selected via qualifiers. In Group A, the teams that finish on top of Pool B in qualifiers, while the top two teams from Pool A qualifiers will make in to Group B.

Kumar Sangakkara - an ornament to the game of cricket