South Africa have included left-arm spinner Keshav Maharaj in their 15-man squad for the upcoming Champions Trophy to be played in June this year in England. This is Maharaj s maiden call-up to the One-Day International (ODI) squad. This squad will play three ODIs against England from May 24, before their first match in the Champions Trophy group stage against Sri Lanka on May 3. Maharaj has had an impressive run in the Proteas’ Test squad. He has picked up 26 wickets at 25.88 and with the bat he has struck 125 runs at 20.83 in seven Tests. Fast bowler Morne Morkel will return to the limited-overs set up after 10 months. The other fast bowlers to be included in the squad include Kagiso Rabada, Wayne Parnell, Andile Phehlukwayo and all-rounders Chris Morris and Dwaine Pretorius. READ: AB de Villiers: South Africa not far away from winning Champions Trophy 2017

Cricket South Africa (CSA) convener of selectors said that only those who have been consistent over the last couple of seasons have been picked. We have been working with this group of players for the last two seasons where our key emphasis has been consistency in selection, Zondi commented, according to a CSA Press Release. That has shown in how this group has performed over the last while, which has resulted in winning three consecutive ODI series. We feel we have a squad that covers every scenario that we could possibly be faced with on the tour. Most importantly, every player knows and understands their role and value within the squad.

Keshav has had an exceptional debut season for the Test side and his inclusion in the squad gives us a spinner with a different skills and extra batting depth. We have seen how important it is to bat deep in ODI cricket, this option will give us that cover if needed, Zoondi concluded. READ: Smith urges SA to play fearless cricket in ICC Champions Trophy

South Africa will leave for England on May 16 and will pay a couple of 50-over warm-up matches against Sussex and Northants. 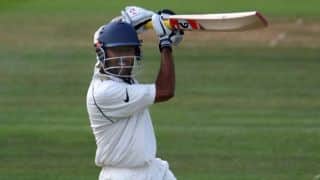 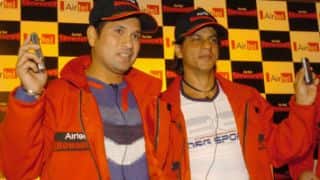