Chanderpaul back in the West Indies Test squad

Chanderpaul back in the West Indies Test squad

Reports of Shivnarine Chanderpaul's demise appear to have been exaggerated after he was named in a 15-strong West Indies squad to prepare for first Test against Pakistan. 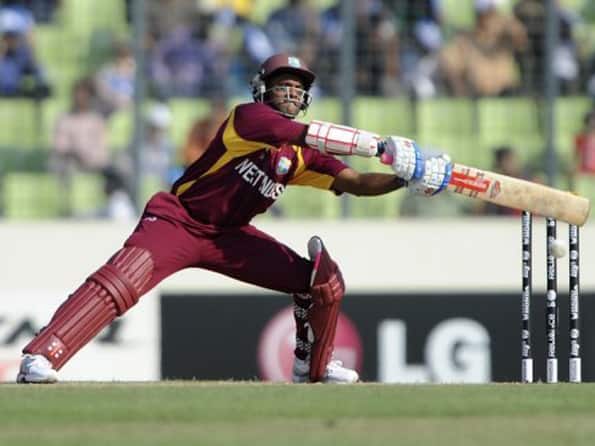 Reports of Shivnarine Chanderpaul’s demise appear to have been exaggerated after he was named in a 15-strong West Indies squad to prepare for first Test against Pakistan.

The durable left-handed batsman has been engaged in a war of words with the West Indies Cricket Board over the last two weeks following his omission from the preceding five-match one-day international series.

Chanderpaul claimed his non-selection for the ODIs followed his refusal to retire from the international limited-overs formats of the game, after he had been asked to do so by West Indies officials.

He also claimed that the current West Indies management interfered with his batting during matches, and subjected him to intense questioning about his approach, as he defended himself against allegations of a lack of discipline.

Chanderpaul, a veteran of 129 Tests, 268 ODIs, and 22 Twenty20 International, will add greater substance to a batting line-up that struggled during the ODI series, which Pakistan won 3-2.

Three other players that did not feature in the ODIs have been shipped into the squad for the first Test, which starts Thursday at the Guyana National Stadium.

They are fast bowler Fidel Edwards, left-handed batsman Brendan Nash, and uncapped teenaged opening batsman Kraigg Brathwaite. Edwards is fit again following a year out of the game with back troubles, and has been recalled to boost a fast bowling attack which also includes his compatriot Kemar Roach and rookie Andre Russell.

He has not played for West Indies in two years and returned to serious competitive action during the last WICB Regional first-class championship earlier this year, taking 22 wickets in seven matches.

Australia-born Nash has been pigeon-holed as a batsman for the longer versions of the game, and was elevated to the position of vice-captain in West Indies’ previous Test series in Sri Lanka.

Brathwaite was captain of the Young West Indies side that completed a successful trip to Dubai two weeks ago, topping Young Australia in three Youth ODIs and a three-day Youth Test.

The prolific 18-year-old, a more classical, right-handed version of Chanderpaul, has impressed most knowledgeable observers with his temperament, if not his array of strokes, and has amazingly scored almost 50 hundreds combined in all forms of the game, and various levels.

West Indies will play a two-day practice match on Sunday and Monday at the Demerara Cricket Club in the Guyana capital of Georgetown, following which the squad will be whittled down to 13.