Chandika Hathurusingha is most likely to become Sri Lanka's coach, and his first series will be Bangladesh tour in January 2018.

Chandika Hathurusingha has been in the news for a while. After he resigned as Bangladesh s coach following their disastrous South Africa tour, Sri Lanka cricket has shown considerable interest in appointing their former player as head coach. Hathurusingha will be an asset to Sri Lanka, who has been in complete disarray since 2016. Nonetheless, there were reports that Bangladesh cricket wanted Hathurusingha to leave according to his contract after serving a notice till January 2018. According to latest development, he won t be required to undergo notice period, and can be released soon after complexion of some formalities.

Hathurusingha has agreed to come to Dhaka and we expect his arrival in the first week of December. Will not press him to reveal the reasons behind his resignation but we expect him to submit the last (South Africa) tour report and also the development plan he had prepared for the game in our country.

We have already replied to this letter and there won t be any legal issues for releasing him. We want him to complete certain formalities and once it is done, he is free , stated the BCB President.

If everything is completed within time, Hathurusingha may become Sri Lanka s coach during their tour of Bangladesh in January 2018. Sri Lanka are scheduled to tour the subcontinent; including a tri-series involving Zimbabwe as well.

Interestingly, Hathurusingha will start his new tenure facing his previous team, and will be able to share his knowledge of Bangladeshi players and pitches with the Lankans. 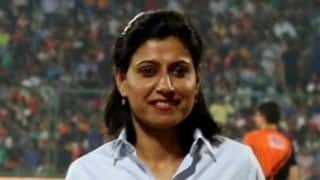 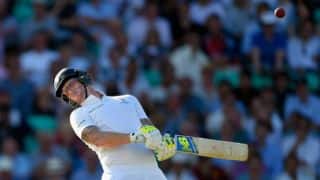