Pakistan opener Fakhar Zaman came close to scoring a century on Test debut before falling short by just six runs. On the opening day of the second Test against Australia at the Sheikh Zayed Stadium in Abu Dhabi, Zaman scored 94 off 198 to rescue Pakistan after they slipped to 57/5 at one stage.

Zaman, known for his limited-overs exploits, gave an impressive account of his Test credentials in trying circumstances, keeping in control his natural attacking instincts.

Together with captain Sarfaraz Ahmed, who also incidentally fell on 94, he added 147 runs for the sixth wicket taking them past the 200-run mark. Pakistan eventually were bowled out for 282.

He further added, “After those wickets we were just talking about taking our time. There was a bit of moisture on the wicket. After lunch we thought it would get better and it was after a while, so then we started scoring our runs.” 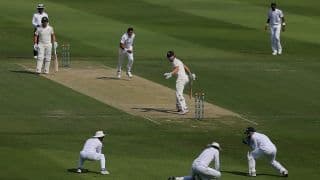 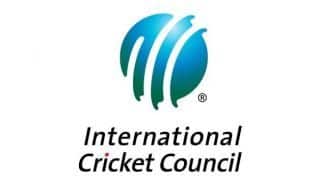