The bumper contract over six years, worth more than forecast, came despite a recent ball-tampering scandal that saw top draw cards Steven Smith and David Warner banned for a year.

Pay-TV company Foxtel and the free-to-air Seven Network on Friday won a bidding war for television and digital cricket rights in Australia, signing a deal worth almost Aus$1.2 billion (US$918 million). The bumper contract over six years, worth more than forecast, came despite a recent ball-tampering scandal that saw top draw cards Steven Smith and David Warner banned for a year and the sport’s reputation dragged through the mud.

The deal ends cricket’s four-decade relationship with the rival Nine Network and also sidelines the CBS-backed Ten Network, which has previously screened BBL games. Under the terms, Seven and Foxtel, majority-owned by Rupert Murdoch’s News Corp, will jointly air all domestic Test matches, while Fox won exclusive rights to international one-dayers and T20s.

Both companies will broadcast all women’s internationals and 23 women’s BBL games. Seven will show 43 men’s BBL matches simultaneously with Foxtel, which will air another 16 games exclusively. Fox and Cricket Australia also formed a new digital partnership to feed the internet.

“We’d like to acknowledge everyone who took part in this process. It’s fair to say that the interest in our rights during this process has been unprecedented,” said CA chief executive James Sutherland. He called it a “revolutionary” partnership which would allow increased investment in grassroots cricket, the ability to further develop facilities, and better pathways to grow the game for women and girls.

“What we are particularly proud of in this partnership is the focus on extending our broadcast coverage of women’s matches,” he said.”Our partners are key to inspiring more women and girls to pick up a bat and ball. If more elite content is accessible to fans be it on TV or through their mobile devices, we’re helping tap into new audiences to attract them to the sport.”

Foxtel chief Patrick Delany said the company would offer fans “the most compelling, entertaining and innovative coverage of cricket”. It will be cricket like they have never experienced before,” he said, without elaborating. 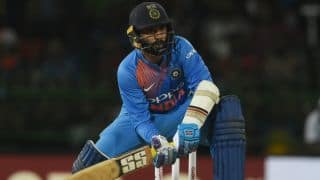 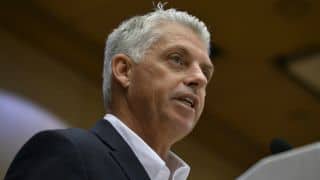