A year ago Charlotte Edwards had retired from international cricket.

Just a year ago Charlotte Edwards had retired from international cricket, and now the 37-year old has decided to retire from professional leagues as well. Charlotte announced her retirement after taking her side, Southern Vipers, to the runners-up position in the second edition of Kia Super League (KSL). She had also helped her side lift the inaugural title.

Speaking to ESPNcricinfo, Charlotte added, I think I would like to play some county cricket but in terms of this competition and playing overseas this is it, my time is done and I want to pursue other things such as coaching and perhaps some media work. I am happy and content with what I have achieved in my career, I have loved every minute of it. Charlotte has been playing right when the skirts were a uniform and ended her career when professional contracts came into existence.”

In Charlotte s 20-year long career, she has helped her side lift the World Cup and World T20.

Right after her retirement, Charlotte took commentary for Sky and BBC. She was also recently involved in a coaching role for the USA team.

Charlotte enlightened more about her future plans, I haven’t got anything final lined up in terms of coaching. I have spoken to the ECB about potentially working with their junior age groups and hopefully help a lot of the good talent we have got in England develop. I am not envious of the youngsters, I just hope they can grab the incredible opportunities there are now. It is a brilliant time to be involved in the women’s game and hopefully the game in this country will continue to grow. 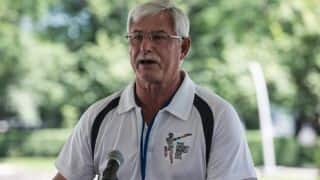