Legend of the women's game, as she is referred to as, Charlotte Edwards has begged one more honour to her name

Charlotte Edwards, the former England Women’s captain and Claire Taylor who was the 2009 Wised Cricketer of the Year have been included in a 14-member squad who will be touring for the very first time on behalf of Marylebone Cricket Club to the USA and Canada. The squad will be reaching Philadelphia on September 7. Edwards after announcing her retirement has captained Southern Vipers to a championship in the inaugural edition of ECB’s Women’s Super League in August. She also holds the record of being the all-time leading run scorer in Women’s One Day Internationals (ODI) and Twenty20 Internationals. READ: George Bailey: Underrated yet undeterred campaigner for Australia

Edwards is regarded as a legend of the women’s game as she has successfully led England to the Women’s World Cup and World T20 titles in 2009. She has also been awarded with an MBE in the Queen’s New Year’s. Moreover she was also the leading run-scorer in the 2009 Women’s World Cup in Australia where New Zealand lost to England in the finals.

The MCC Women’s tour will begin with two T20I;s against a USA split squad on September 10, Saturday which will be subsequently followed by a game against the USA Women on September 11 at the Merion Cricket Club. Following this, the MCC squad will then head towards Toronto where they will be playing a four match series against the invitational side. This series will be beginning with a T20I and a 50-over games which will be played at the Toronto Cricket, Skating & Curling Club on September 14 and 15 respectively 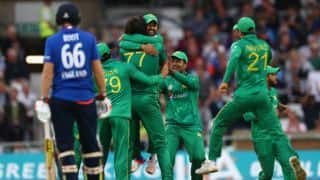