Tamil Nadu players join the relief work after coming in from their Ranji Trophy 2015-16 tie.

Tamil Nadu who had finished their Ranji Trophy 2015-16 tie against Punjab on bad note in Dindigul, had more worst news in store at home. By the time the team returned from playing the match Chennai had been tore apart into pieces with rains and flood. Tamil Nadu skipper Abhinav Mukund, and brothers Baba Aparajith and Baba Indrajith came out their way to help people stuck in floods. They were seen distributing relief stuff among the people who were left devastated due to floods. “It’s not just about us, it’s about all of us who are working hard to help the affected people,” Aparajith said. ALSO READ: Indian cricket team shows solidity with Chennai flood victims

“It’s a complete disaster and we are doing on what we can. They have been working in various groups and their day starts at 8 am and ends at 6 pm. They are collecting food medicines, clothes, blankets and other necessary items and distributing those among the affected people. It’s a great gesture and I am sure they will inspire others as well to do the same,” said Dr RN Baba, a senior Tamil Nadu Cricket Association official and father of the twin brothers.

Dr. Baba and his gynecologist wife Revathy, were seen collecting medicines and sharing it on to the players, so that it can be distributed among the people affected . “Today they worked at the RK Salai are and other parts of TTK Road,” Dr Baba said, adding, “Water-borne diseases will start spreading now as the water recedes. We must be careful now and help each to prevent disease and make people aware about it.” ALSO READ: Ravichandran Ashwin establishes contact with parents amid Chennai flood

The Dr.Baba runs a hospital in Ambattur and getting medicines isn’t a problem. “If we don’t help people now, when will we? Chennai has never witnessed such a devastating flood before.” 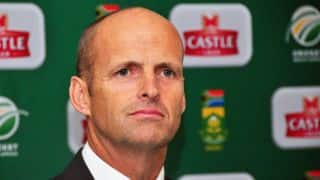 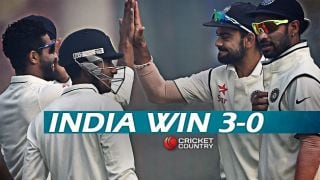