Indian Premier League (IPL) side Chennai Super Kings (CSK) created history on Saturday when they became the most successful team in the history of the Champions League T20 (CLT20), by registering their 13th win in the tournament. Chennai trumped Australian Big Bash League (BBL) side Perth Scorchers by 13 runs to achieve the feat.

According to PTI, a disciplined Chennai Super Kings tonight produced an all-round effort to defeat Perth Scorchers by 13 runs and brighten their hopes of earning a semifinal berth in the CLT20 2014. Invited to bat, the Super Kings rode on Ravindra Jadeja’s 28-ball unbeaten 44 and Mahendra Singh Dhoni’s 16-ball 35 to post a challenging 155 for six.

Ravichandran Ashwin then shone with the ball, returning impressive figures of 3/20 to restrict the Scorchers to 142 for seven in 20 overs. That the CSK got enough to defend was mainly due to the brisk 64-run sixth-wicket partnership, which came off just 30 balls, between Jadeja and Dhoni. This after the Scorchers spinners, led by Brad Hogg, had stifled the two-time IPL winners at the Chinnaswamy Stadium.

But the complexion changed once Dhoni smashed Yasir Arafat for 27 runs with the help of three sixes in the penultimate over of Super Kings’ innings. 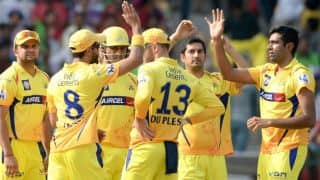 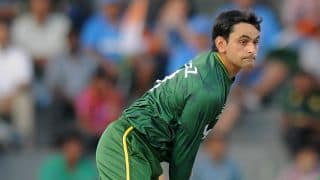