'At some point, before I get to the umpire, I decide I am going to bowl that dipper'- Bravo. New Delhi: Dwayne Bravo is easily one of the best all-rounders in T20 cricket history who has been an absolute legend for Chennai Super Kings in the IPL. Bravo who is on cusp of becoming the all-time leading wicket-taker in IPL history recalls the moment in his career that changed his life and made him what he is today.

In 2006 India lost to West Indies 4-1 in the ODI series. After losing the first match, the Windies came back strongly in the 2nd ODI, clinching a thriller in the final over where Bravo bamboozled Yuvraj Singh with his change of pace. He says at that moment ‘It made the world look up’.

“It made the world look up and notice that I have one of the best change-up balls in business and it made my T20 career,” Bravo told Indian Express.

“I still hadn’t really thought about what ball to bowl. I am still not clear when I go to the top of my run-up. At some point, before I get to the umpire, I decide I am going to bowl that dipper,” said Bravo.

Bravo said the delivery to Yuvraj is indeed ‘life-changing’. “Too many, man, to choose one ball as favorite. That Yuvraj ball did change my life,” he told.

In their opening match against KKR, CSK lost by 6 wickets but Bravo shined with the bat as he picked up 3 wickets for 20 runs in his 4 overs spell. With the 3-fer he equaled Lasith Malinga’s record of most wickets in IPL history (170 wickets). 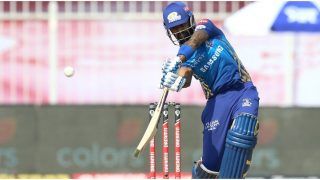 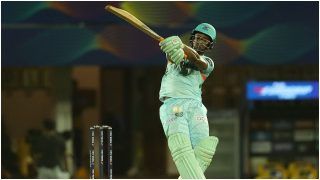