Chennai Super Kings (CSK) might have lost their opening IPL match at home, but the Mahendra Singh Dhoni-led side were not a demoralised lot, said all-rounder Ravindra Jadeja. Chennai Super Kings (CSK) might have lost their opening IPL match at home, but the Mahendra Singh Dhoni-led side were not a demoralised lot, said all-rounder Ravindra Jadeja.

“We (CSK) are not demoralised by the last defeat. It’s T20 where things can change quickly. So, we will give our best in the match against Kings XI Punjab,” Jadeja told reporters after his team’s practice session.

Jadeja said South African Albie Morkel, who has been an integral part of the two-time champions CSK, has been declared fully fit and has joined the squad.

“Albie Morkel is fully fit and back in the team,” said Jadeja on the eve of their match against KXIP here tomorrow.

“The bowling and fielding clicked very well for us. We have tick-marked all our areas that we were focussing upon.

Fielding is an area where one can get a big jump over the opponent and we did that. Young Gurkeerat’s fantastic catch to dismiss Ross Taylor was an important moment in the game,” said Gilchrist.

Asked if bowling was the main strength of the team, he said, “Definitely, if we continue like this, it would be our strength.”

On whether his side missed an out and out fast bowler, Gilchrist said, “Except Dale Steyn and Shaun Tait, Ryan Harris is pretty much on par with most of the quick bowlers in world cricket.”

Gilchrist also looked happy with the PCA wicket and said that they were not looking to change any strategy just after one match.

“I haven’t seen the pitch yet but since the past two years I have been playing here, the wicket has always been true with nice bounce that suits the batsmen. It’s still very early in the tournament, so would not get too enthusiastic and deviate from the path,” he said. 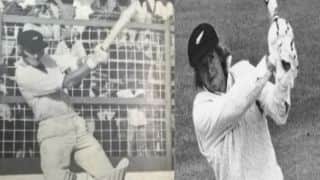