England all-rounder David Willey, who was picked as a replacement for the injured all-rounder Kedar Jadhav, has been retained.

CSK, which returned to the IPL fold after serving a two-year suspension, won the 2018 tournament, beating Sunrisers Hyderabad in the final.

Franchises were required to inform the IPL Governing Council by November 15 about their retentions and release of players for the 2019 player auction to be held next month.

England all-rounder David Willey, who was picked as a replacement for the injured all-rounder Kedar Jadhav, has been retained.

Jadhav, who sustained an injury in the opening match and missed the rest of the tournament, also remains in the squad. Wood featured only in one match while Sharma and Seth didn’t feature in any game.

CSK had retained skipper MS Dhoni, Suresh Raina, Harbhajan Singh and Ravindra Jadeja prior to the 2018 auction and also used the Right to Match card for Dwayne Bravo and Faf du Plessis.

The team didn’t seek a replacement for New Zealand all-rounder Mitchell Santner, who was injured and he would come back into the squad, according to CSK sources.

CSK has a purse of Rs 8.5 crore (Rs 6.5 crore left from the last season and an additional Rs 2 crore made available to the players this season) heading into the auction. 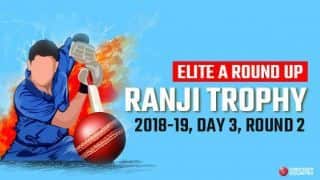