India Cements may not be majorly impacted if its Indian Premier League (IPL) team, Chennai Super Kings' licence is revoked in the wake of the spot-fixing scandal, industry analysts say. 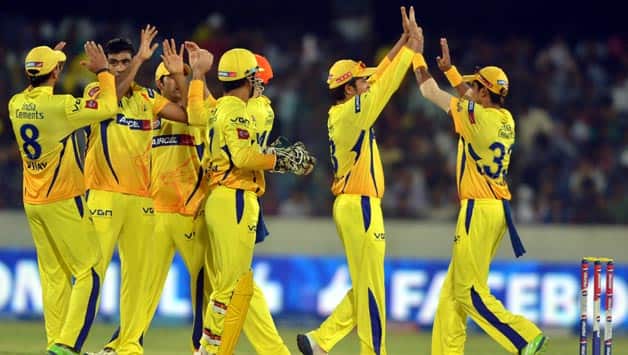 India Cements may not be majorly impacted if its Indian Premier League (IPL) team, Chennai Super Kings‘ licence is revoked in the wake of the spot-fixing scandal, industry analysts say.

“The revocation of CSK’s IPL franchisee licence will not have any major financial impact on India Cements. Perhaps the company’s branding/marketing expenses would go up,” said V. Srinivasan, research analyst at Angel Broking, over phone from Mumbai.

“India Cements officials said the investment in CSK has resulted in savings in advertisement and marketing costs for the company. The EBITA (earnings before interest, taxes and amortisation) for CSK ranges around Rs.25 crore to Rs.30 crore and on a total income of around Rs.130 crore,” Srinivasan said.

Citing India Cements’ officials, Srinivasan said even in Rajasthan, the company’s cement brand is logging good sales because of CSK.

Srinivasan said he maintains a neutral rating on the India Cements stock.

The discussion on booting out of CSK has gained ground with the Mumbai Police on Friday arresting Gurunath Meiyappan, CSK’s “team principal” on charges of betting.

Srinivasan is also president of the Board of Control for Cricket in India (BCCI).

As per the rules of IPL, a team’s licence can be cancelled if the team owner involves in illegal activities.

On Friday, India Cements issued a press statement stating that Meiyappan is not the owner/CEO/team principal of IPL franchise ostensibly to distance CSK from him and his actions.

However, the company did not issue any such statements when the media for the past several years called him as the “team principal” or the owner of CSK.

Officials of India Cements were not available for comments despite several attempts.

Gurunath Meiyappan sent to police custody till May 29