In 2012, KKR won the Indian Premier League title at Chepauk, chasing a big score. Can they repeat?

Former champions Chennai Super Kings (CSK) will lock horn against the defending champions Kolkata Knight Riders (KKR) in the 28th match of Indian Premier League (IPL) 2015 at the MA Chidambaram stadium at Chennai on Tuesday. Both the teams have won the title twice and both are regarded as consistent performers. So, this encounter can be expected to be a mouth-watering contest for the cricket fans.

Since the inception of IPL, CSK have been the most consistent team without any doubt. Even in this ongoing season, MS Dhoni‘s boys have got off to an excellent start by winning five out of their six matches. Thanks to their power paced resources, and steady show on-field, CSK are currently the team to beat, especially at their own backward. Read: T20 matches tied with equal number of wickets and overs along with runs

The outcome of the game at Chepauk is generally dominated by the spinners. The wicket at this venue is on the dryer side, which ideally suites the combinations of the boys in yellow. With a brigade of quality spinners like Ravichandran Ashwin, Ravindra Jadeja, Pawan Negi, Rahul Sharma, etc. on their ranks, they are likely to post a stiff challenge for their opponents. Read: IPL 2015 pitches have more grass to equip India batsmen for overseas conditions, says Ravichandran Ashwin

Another person who has been a shining star for CSK is Ashish Nehra, who has contributed immensely in the success of his team. Whenever Dhoni needed to peg the opposition batsmen back, Nehra has been the go to man and he delivered most of the time. Underestimating him can cost KKR big time and Nehra’s Delhi skipper, Gautam Gambhir knows it more than anyone else.

Beside this excellent bowling, KKR need to consider CSK’s arsenals in the batting department as well. Brendon McCullum, Dwayne Smith, Faf du Plessis, Suresh Raina, Dwayne Bravo, and Dhoni himself combine the top six of CSK’s batting line-up. It is highly unlikely that CSK will make any changes in their playing eleven for the game, as Dhoni is someone, who often likes to hang on to winning combination. Read: Ravindra Jadeja completes 100 IPL matches

KKR, the defending champions on the other hand, have a few things to worry. The availability of Sunil Narine, their main weapon in bowling in earlier seasons, is doubtful . If Narine misses out eventually, Brad Hogg will be his back up.  KKR might select young chinaman Kuldeep Yadav on Chepauk’s dry wicket. The free flowing batting of CSK won’t find it easy to dominate a spin heavy team like KKR. Read: Cricket Association of Bengal appeals Left Front to call off strike on Apr 30

The KKR batting will desperately want their top-order to come good. Especially Robin Uthappa, who was their run machine last season, is yet to score big this year. Uthappa should look to take his time initially and stay at the wicket. They will also need players like Gambhir, Manish Pandey, Ryan ten Doeschate to come good. They have to build the platform for big hitters like Yusuf Pathan and Andre Russell to explode late in the innings.

Batting first is the trend at this ground. However, in 2012, KKR won IPL, chasing a big score here. These two evenly matched teams have given us some memorable contests in the past and there is no reason this won’t be another one. 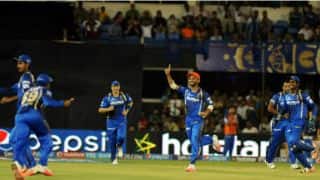 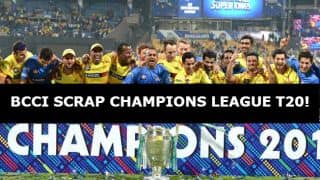