Both Chennai and Rajasthan are sitting at the first two spots in the points table of the IPL 2015 with 14 points in 11 and 12 matches respectively.  But, in a tournament where the other teams outside the top four are increasingly making life difficult for the others, CSK and RR need to be assured of their position. Live Scorecard: Chennai Super Kings vs Rajasthan Royals

Catch the live telecast of the Mumbai Indians (MI) vs Royal Challengers Bangalore  Match 46 on Sony Six and Sony Six HD for English and Set Max for Hindi commentary. The live streaming of the match is available on starsports.com.

Live streaming is one of the most popular means of catching up with sport today. In this fast paced world, not many are able to catch up with ball-by-ball cricketing action. As a result, fans are turning to the digital medium to keep up to date with scores. Ball-by-ball text commentary is an option but now live streaming is also getting popular. There are some sites that may be unreliable and one has to follow those that provide the proper streaming. Live Streaming has been gaining popularity also because of the fact that it can be used on mobiles and tablets and other hand-held devices. 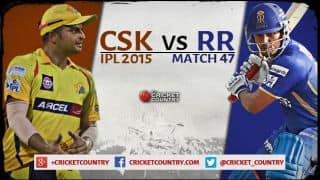 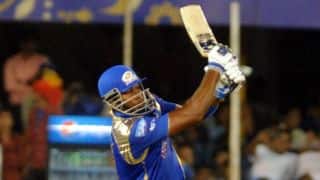