Pujara was dismissed by Anderson.

Cheteshwar Pujara has been dismissed for 11 on Day Three of the fifth Test between India and England at The Oval. India are in dire straits as they are 30 for three facing a huge lead of 338. Virat Kohli is out in the centre.

Earlier, India had lost both their openers before lunch as James Anderson dismissed Murali Vijay and then Gautam Gambhir was run out. India will now face a 3-1 defeat and if they are to do something then Kohli and Ajinkya Rahane have to do something out of the ordinary.

Earlier in the day, Joe Root had smashed his 5th test ton and helped England score 486. 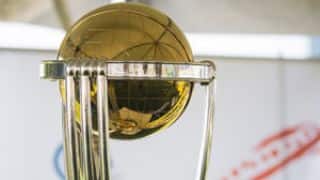