Cheteshwar Pujara is the highest-ranked Indian batsman despite dropping a rung to eighth while Ravichandran Ashwin held on to his eighth position in the bowlers' chart of the ICC Test rankings issued on Friday. 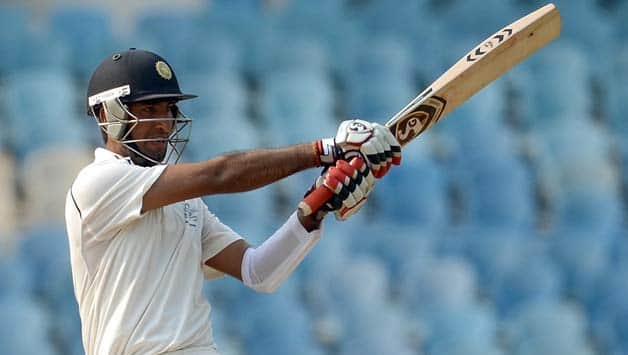 Cheteshwar Pujara is the highest-ranked Indian batsman despite dropping a rung to eighth while Ravichandran Ashwin held on to his eighth position in the bowlers’ chart of the ICC Test rankings issued on Friday.

Pujara and Ashwin were the only Indians in the respective top-10s of batsmen and bowlers. Ashwin was also steady at third in the list of all-rounders.

South Africa’s AB de Villiers has achieved a career-best second position in the rankings for Test batsmen, while a seven-wicket victory in the Abu Dhabi Test has guaranteed Pakistan a fourth position in the team rankings.

De Villiers, who scored 19 and 90, earned three ratings points which were enough to put him ahead of Shivnarine Chanderpul of the West Indies.

Pakistan captain Misbah-ul-Haq has also achieved his career-best rankings. The 39-year-old batsman was rewarded for his 100 and 28 not out with a jump of five places that has put him in seventh position, just one place and seven ratings points behind Younis Khan.

Asad Shafiq and man of the match Khurram Manzoor have also made upward movements.

Asad has gained nine places and is now in 25th position while Khurram’s Test best score of 146 has given him a leap of 45 places and 52nd position in the latest rankings that were released on Friday morning.

In the rankings for Test bowlers, there is no change in the top 10 but Vernon Philander has become the 21st bowler and third from South Africa after Shaun Pollock (909) and Dale Steyn (908) to reach the 900-point mark.

In the Reliance ICC Player Rankings for Test all-rounders, double failure by Jacques Kallis has meant he has returned the number-one spot to Shakib Al Hasan of Bangladesh.

Meanwhile, Pakistan’s seven wickets victory means they will finish fourth, irrespective of how the Dubai Test pans out, the ICC said in a statement.

If the series ends in a 1-1 draw, South Africa will finish on 131 points (drop by four) and Pakistan will end on 102 (up by five) and one point ahead of the Australia.