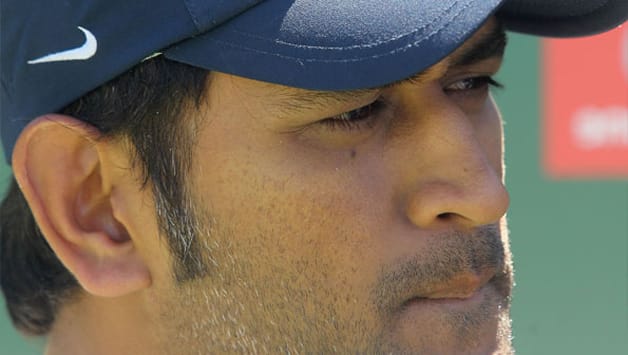 “Cheteshwar is very calm and cool. He knows his role. He accepts responsibility which is very important. After scoring 200-odd runs he was not shy to stand at short-leg. It would have been easy for him to say he was not feeling 100 per cent to stand at short-leg but he was there,” said Dhoni about Pujara, who won the man-of-the-match award for his unbeaten knocks of 206 and 41 in the two innings.

“He has the temperament to play big innings. He just needs to keep doing the things he’s doing.”

“Our fast bowlers bowled really well. Zaheer put in a lot of effort and we have seen Umesh improve, he is bowling real quick. The contribution of the fast bowlers was really important. They gave us the breakthroughs on a track that was not ideal track for fast bowlers,” said the 31-year-old.

Talking about Yuvraj Singh, who scored a healthy 74 in his comeback match, Dhoni said there was no concern about southpaw’s fitness.

“He looks very good. He batted really well. Those 70-odd runs were vital. In the first innings he was not bowling in the areas where he should be but in the second innings he was quite impressive,” said Dhoni.