Being a one-format batsman, his performance in England tour was criticised.

“I have prepared well for the series over all, without keeping in mind a particular bowler or anything like that. We just need to be aware of and have clear plans on what we as a team are going to do,” he told in an interview with Indian Express.

“We can’t spend time thinking about what happened to England last summer or what Johnson did to their batsmen. A year has passed since then, and things may have changed by now,” he added.

Pujara, who last played in the Tests in England looked out of shape and couldn’t make most of the opportunities presented to him.  His Test average which was close to 60, dipped to 49.26 after the England tour. Being a one-format batsman, his performance also got harsh comments from his critics.

“I have learned to accept that your average is bound to fluctuate as long as you play cricket. It dropped because I didn’t have too many runs in England and New Zealand and it will rise again when I next score consistently for a period of time,” the Saurashtra batsman told.

“I don’t think too many cricketers have maintained an average in the 60s and I am pretty glad that I managed it for a while and hopefully I can get there again. What is more important for me is that I set a benchmark for myself, like scoring a certain number of runs in a Test series. And if I manage to do that, my average will take care of itself,” he concluded. 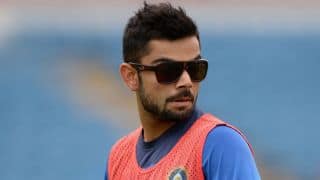