Cheteshwar Pujara currently averages over 100 while opening the innings.

Cheteshwar Pujara scored a fighting fifty on Day Two of the third Test between India and Sri Lanka at Colombo (SSC) on Saturday. After having been bogged down while on 31, going without scoring for quite a long time, he cut loose against Tharindu Kaushal, hitting the spinner for three boundaries to go from 36 to 44. He went on to complete his half-century off the same bowler. Earlier, Virat Kohli was out for 18, edging Angelo Mathews to wicketkeeper Kusal Perera.  Live cricket scorecard: India vs Sri Lanka, 3rd Test at Colombo (SSC)

Earlier, India were rocked early by Sri Lanka on Day One before Pujara and skipper Kohli took India to 50 for 2 at stumps as rain forced an early close to the day. Dhammika Prasad took the first wicket, getting KL Rahul out bowled in the very first over of the match. Rahul tried to leave the ball but it jagged in and broke the stumps. Ajinkya Rahane once again came in at No. 3 but was struck plumb in front off the bowling of Nuwan Pradeep. Angelo Mathews won the toss and elected to bowl. Wriddhiman Saha and Murali Vijay missed out for India with injuries, as Cheteshwar Pujara and debutant wicketkeeper-batsman Naman Ojha got a look-in. Sri Lanka brought back fast bowler Nuwan Pradeep in place of Dushmantha Chameera, and were forced to finally come to terms with Kumar Sangakkara’s retirement by bringing in Upul Tharanga in his place. They also replaced the under-performing Jehan Mubarak with Kusal Perera. Live cricket updates: India vs Sri Lanka, 3rd Test at Colombo (SSC), Day 1 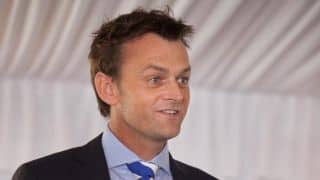 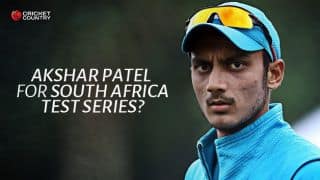