Convinced that it was out, the Australians went for the DRS. 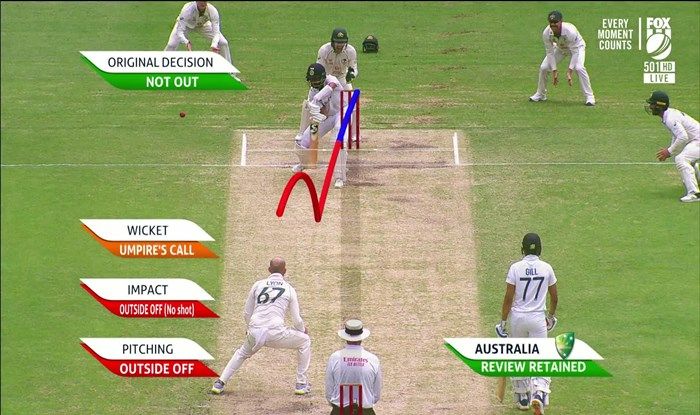 Cheteshwar Pujara survived a close call on the final day of the fourth and final day at Gabba, Brisbane on Tuesday has sparked a controversy. In the 18th over of the Indian innings, Pujara came down the track and offered no shot to Nathan Lyon. There was a huge appeal and the umpire did not raise his finger. Convinced that it was out, the Australians went for the DRS.

It doesn’t get much closer than that!

If a batsman is adjudged leg-before and it is reviewed, then the third umpire has to uphold the on-field decision if replays show half the ball hitting an area that includes the outside of off and leg stumps. In other words, at least 50 per cent of the ball should be hitting any part of a stump.

It’s worth saying that Pujara should have instantly DRS reviewed the Australian umpire’s decision that he played “no shot” had the review gone in Paine’s favour. Shocking call… #AUSvIND https://t.co/0KpMPBlHlU

Being Outside Cricket (@OutsideCricket) January 19, 2021

DRS awful on lbws #AUSvIND If that Lyon v Pujara was given, there would be demands for “neutral” DRS operators, especially after Ashwin’s “bad luck” earlier – everything about that was dodgy, starting with no shot offered. Really?

The umpire was absurd… Said he was not playing a shot..

If the umpire had acknowledged he was playing a shot if the impact is outside he won’t be out even if the ball hits the stumps.

At the time of filing the copy, India is 55 for one. Pat Cummins got India opener, Rohit Sharma, inside the first 30 minutes of the first session of the final day. Pujara would hold the key if India wants to save the Test and retain the Border-Gavaskar trophy. 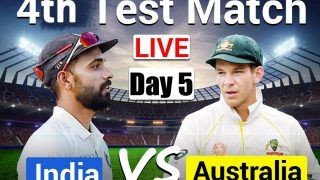 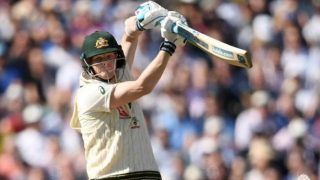