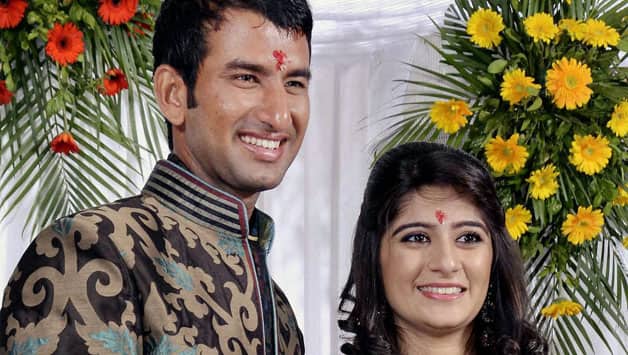 The three-day wedding functions started last night with the ‘Sangeet Sandhya’. The marriage rituals would take place this evening followed by a reception tomorrow.

Puja belongs to Gujarat‘s Jamnagar district and is a management graduate.

However, his teammates are not likely to attend, as they would be busy preparing for the series against Australia.

Pujara did not play in the Irani Trophy match against Mumbai and also missed the Board President XI tie against Australia on account of his marriage.

He won’t have much time to spend with the wife as he would be joining the Indian team by February 15.

Pujara has played nine Tests for India so far, scoring 761 runs with three hundreds at a healthy average of over 58.