The PIL also stated that as per the DGP's letter, a sum of Rs 4 crore is spent on deploying police force during the matches.

Bilaspur: The Chhattisgarh High Court issued notices to the state government, the DGP and the Sports Department on a PIL alleging misuse of government funds in the name of security and others while hosting Indian Premier League (IPL) matches in the state. IPL 2015 Highest run-scorer: List of best batsmen in IPL 8

A division bench of justices TP Sharma and Inder Singh Uboweja sent the notices after hearing the PIL filed by Nagarik Sangharsh Samiti alleging that a huge sum of money was being inappropriately spent by the state government for hosting IPL matches, petitioner’s lawyer Satish Chandra Verma said. IPL 2015 Most 6s and 4s: List of most dangerous batsmen in IPL 8

The court has sought their reply within two weeks. The petition said that Chhattisgarh government has been hosting IPL matches since the past three years at Shaheed Veer Narayan Singh Stadium in Naya Raipur. “In the name of maintenance and security, crores of rupees are being spent on these events,” it said.  IPL 2015 most catches by fielders: List of best fielders in IPL 8

The PIL also stated that as per the DGP’s letter, a sum of Rs 4 crore is spent on deploying police force during the matches, in addition to the maintenance charges. Besides, the state government has allotted Rs 40 crore for making arrangements during the event, the counsel said.

The plea further said although the tournament was fully commercial, the state government was ensuring facilities free of cost to a franchise company GMR Sports, while lakhs of rupees are being recovered from people of the state on match tickets, he said. The organisation has also requested in the litigation that the state should recover the expenses incurred during the matches from the concerned company or stop hosting these events.

The petitioner had also asked to put a stay on the match that is scheduled to be held on May 9 at Naya Raipur, he added. During the hearing, Advocate General JK Gild appeared for the state government. 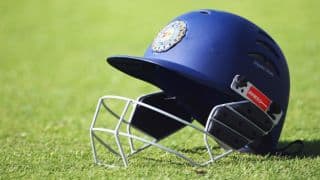