The bitter power struggle in the Rajasthan Cricket Association (RCA) came to an end with the Union minister C P Joshi and Jaipur s MP Mahesh Joshi burying their hatchet after the intervention of Rajasthan Chief Minister Ashok Gehlot. 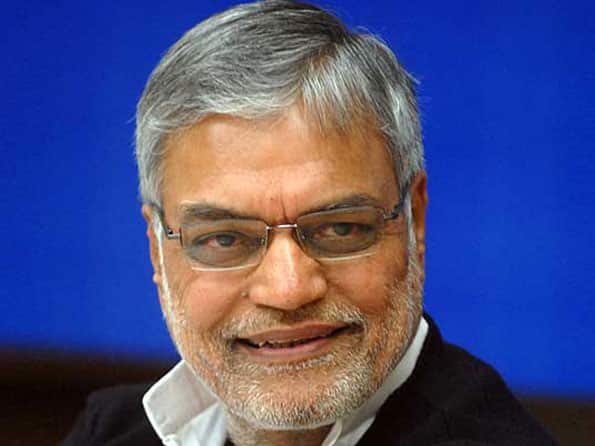 The bitter power struggle in the Rajasthan Cricket Association (RCA) came to an end with the Union minister C P Joshi and Jaipur s MP Mahesh Joshi burying their hatchet after the intervention of Rajasthan Chief Minister Ashok Gehlot.

“There was and there is no issue between Maheshji and me.

Mahesh Joshi also insisted there were no differences between the two factions and said that he has always treated C P Joshi like his elder brother.

“He (C P Joshi) is like my elder brother. There is no issue at all between us. Both of us want clean cricket in Rajasthan,” he said.

The battle for supremacy in RCA had intensified in the last few days after C P Joshi and his faction had suspended secretary Sanjay Dixit and nominated K K Sharma as “acting secretary”, claiming support of 20 district associations.

They also reversed all the decisions taken by Dixit, including the appointment of city MP Mahesh Joshi as the chairman.

K K Sharma along with a few C P Joshi supporters tried to enter the Sawai Mansingh Stadium to take control of the RCA office, which lies in the North Block, but were stopped.

Mahesh Joshi, after his appointment as RCA chairman, had lashed out at the C P Joshi faction for giving importance to former President of RCA and suspended IPL commissioner Lalit Modi.

Mahesh Joshi was nominated as chairman by the RCA executive committee.

After their meeting, C P Joshi informed mediapersons that Mahesh Joshi’s post as chairman of the RCA is honorary and both the parties want clean cricket in the state.

“Maheshji had himself said that his post is honorary.

Both of us are good friends and are committed towards improving sports infrastructure in the state. RCA headquarter will be in Jaipur and we should have a world class cricket ground in Jaipur,” said C P Joshi.

On the issue of favouring a particular district cricket association, he said, “As RCA president I have not given any package to any district.

“Under RTI, we are answerable about every penny spent from the association,” he said, referring to the issue related to the validity of him being the Treasurer of the Rajsamand District Association.

England are improving and have a hunger for victory: Warne