An uninsured building of the infamous Christchurch Cricket Club was destroyed on Saturday by a fire.

An uninsured building of the infamous Christchurch Cricket Club was destroyed on Saturday by a fire, that broke out of nowhere and the reasons for its out-break are still unknown to the authorities. Rob Dixon, president of New Brighton Cricket Club said that around 40 trophies from around 1950, including honour boards and team photos were all destroyed overnight and hardly was anything recovered by the fire fighting authorities. He also added that it would be possible to recreate some of the items destroyed, but they failed to recover anything that was original. He surprisingly made sure that the teams would continue to to play their club games, reprots stuff.co.nz. Cricket Australia pays tribute to Arthur Morris

“We may be sharing facilities with other clubs or using different grounds, but the most important thing is to make sure we have cricket available,” he added. The old wooen building was uninsured as they club had lost the insurence agreement following the 2010 earthquake, and despite it, the club were prepare to take the risk of setting up the wooden building. “The events of this morning prove how much of a risk it was,” he said. PHOTO: Today might be Michael Clarke, Chris Rogers’ final day in international cricket

“We also lost one of our main sources of income, which is our bar. The reality is what we’re focused on is what we need to be doing to be playing cricket again. We’ll be there, it just depends on if we have a roof over our heads,” Dixon said.  He failed to rule out the possibility of building a ‘super club’ that would combine all the clubs of New Brighton. “We recognised that years ago that that’s the way forward. However, from a community base point of view, it’s really sad.” Glenn McGrath: Disappointed with the way the Ashes panned out

He also said that he was not convinced with the club building structure and feared that something worse could happen. “It’s isolated. It’s in the middle of the park. So much history that can’t be replaced. Our crews have been on the ground since 4.20am, there’ll be a lot of tired faces around today but thankfully everyone is safe,” he concluded. Michael Clarke enforces follow-on for first time in career as captain; England trail by 332 runs in 5th Test 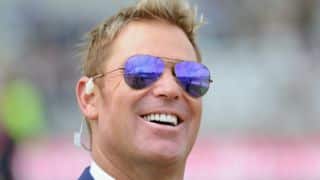