Chittagong Vikings will be thoroughly convinced with this win as they are coming close to qualifying for the next round.

In Match 30 of ongoing Bangladesh Premier League (BPL) 2016, Chittagong Vikings (CHV) prevailed on top of Rangpur Riders (RR) by 9 wickets. Vikings, riding on the back of back-to-back wins, hammered Riders at Sher-e-Bangla stadium, Dhaka to add vital points in their kitty. Vikings displayed an all-round show to overcome Riders challenge as both their bowlers and batsmen showed good composure and execution. CHV’s skipper, Tamim Iqbal was unbeaten at 62* to take his side to the total in 16 overs. Vikings will be thoroughly convinced with this win as they are coming close to qualifying for the next round. READ: BPL 2016 Match 29, Match Report: Nasir Hossain, Kumar Sangakkara guide Dynamites to victory

Winning the toss, Riders’ skipper Naeem Islam opted to bat. Apart from the toss, nothing clicked for Riders as they fell apart in the first innings itself. Their openers did not provide them to any sort of start as Mohammad Shahzad looked promising but departed for 21. Soumya Sarkar, Mohammad Mithun and Liam Dawson got starts but could not carry on to take their side to a respectable total. They were 61 for 1 but got reduced to 98 for 5.

With things falling apart, no one stood tall as Shahid Afridi continued to disappoint the crowd with his timely blows. To add to Riders’ worries, their skipper Islam also departed due to back strain. Anwar Ali managed to give his bowlers some score as his late onslaught took the side to 124 for 6 in 20 overs. The top performers for Vikings with the white ball was Afghanistan’s Mohammad Nabi and Taskin Ahmed. They shared four wickets together along with tight bowling from others.

Nonetheless, the total was never challenging for CHV especially when they had Chris Gayle to their rescue. Playing in his first match of this edition, Gayle was a little slow but showed the kind of form he is in with a quickfire 40 off 26 balls. Gayle departed off Afridi’s ball before slamming him, Sohag Gazi and Rubel Hossain for some lusty shots. However, his form will be a huge boost for CHV in this vital stage of the tournament and will surely send shivers down the throat of other opponents.

After his departure, Tamim and in-form wicketkeeper-batsman, Anamul Haque, ensured the side went about their business steadily and won the game inside 16 overs. Haque was unbeaten at 22 along with an attacking 62 from the captain. 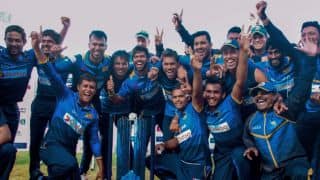 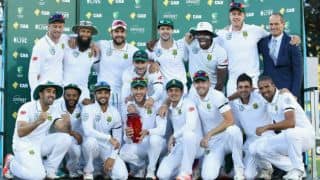