Broad was a mainstay in the England side in the mid-80s, playing 25 Tests and 34 ODIs.

Chris Broad become only the second member of the Emirates Elite Panel of ICC match referees to reach the 250-mark in One-Day Internationals (ODI) when he took the field to officiate in the second ODI between South Africa and West Indies at the Wanderers in Johannesburg.

Broad, a former left-handed opening batsman, played county cricket for Gloucestershire and Nottinghamshire, as well as first-class cricket in South Africa for the Orange Free State. Broad was a mainstay in the England side in the mid-80s, representing his country in 25 Tests and 34 ODIs, in which he scored 1,661 and 1,361 runs, respectively. During an illustrious first-class career, he scored a total of 21,892 runs including 50 centuries.

Following his retirement and a brief stint as a commentator, the 57-year-old soon made the transition to refereeing and marked his debut in the first Test between New Zealand and Pakistan in Hamilton in December 2003. A month later, he made his ODI debut as a match referee in the same series in Auckland.

He was included in the Emirates Elite Panel of ICC Match Referee in 2004. Speaking aboth the milestone, Broad said: “I have many happy memories in my career as a match referee and this is a huge honour for me to reach this landmark. As an ex-cricketer, to remain involved in a sport which has given me so much, I feel privileged to work alongside some outstanding match officials and retain a strong affiliation with the game I love.”

Paying tribute to Broad on reaching his 250th ODI, ICC’s Senior Umpires & Referees Manager, Vince Van Der Bijl, said: “Chris Broad is passionate about his role as ICC match referee and has always felt that it is the best job in the world. He officiates with a wealth of cricket experience behind him, with a straightforward, no-nonsense approach and has done sterling service for the game and the ICC. Congratulations Chris on this special milestone and thank you for your committed service.” 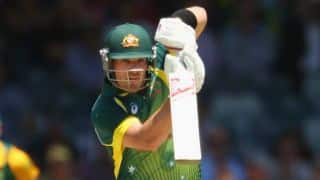 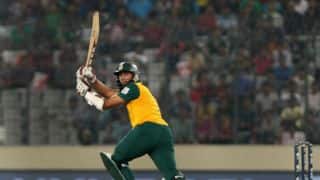